The urge on Papua New Guinea for South Korea to establish its permanent embassy in Port Moresby, amongst others, was high on agenda during a meeting today.

That was when Prime Minister James Marape today met with the outgoing South Korean Ambassador His Excellency,  Kang Kym-Gu in his Pinapple Building Office.

Ambassador Kang will be leaving the shores of Papua New Guinea this Saturday for Seoul. He has served his country for the last four years.

PNG was Ambassador Kym-Gu’s first posting as a Diplomat.

The Diplomat has served his country well ensuring the bilateral relationship between PNG and South Korea remained cordial. Also, he ensured there is progress in trade and investment links.

South Korea is amongst the tenth fastest growing economy in Asia.https://postcourier.com.pg/png-ranked-koreas-top-trading-partner-in-pacific/

PM Marape said South Korea and PNG share similarities and that from which PNG can draw lessons.

Mr Marape noted that South Korea has invested heavily in human resources. He added it is now one of the major producers of electronic goods. Further, he said it is a leader on its own right in the Information Communication Technology (ICT) Sector.

“Ambassador there is the possibility of we PNG exporting our coffee both processed and raw coffee beans to Korea and Korean investors can come and invest in downstream processing of our coffee in PNG.

“PNG is opening up a few Special Economic Zones and our Government want Korean investors to invest in PNG as it also offers tax exemptions to promote trade and investment.

“Ambassador on that note I also want to inform you of my Government’s wish and intention for South Korea to have a permanent Embassy based here at the Waigani center of government and business.

More so, PM Marape said his government would identify a portion of land at Waigani and make it available for South Korea to build its embassy.

He also informed the outgoing Ambassador that he is in receipt of an invitation for an Official State Visit to Seoul from President Moon Jae-in’s Government and is looking forward to it some this year at the timing of the Korean Government.

Marape said he could not make it due to Covid-19 travel restrictions.

He also acknowledged and thanked the South Korean Government for the work and support it lends to PNG through its Korean International Cooperation Agency (KOICA).

KOICA, he said, supports the peace building work in the Autonomous Region of Bougainville amongst many other areas including trade and investment and education.

PNG has many resources like gold, oil and gas, coffee, copra, cocoa and the rich flora and fauna, which countries like South Korea could invest on.

Papua New Guinea also produces up to 20-30 per cent of the world tuna supply to European and Asian markets, which includes the Republic of Korea. 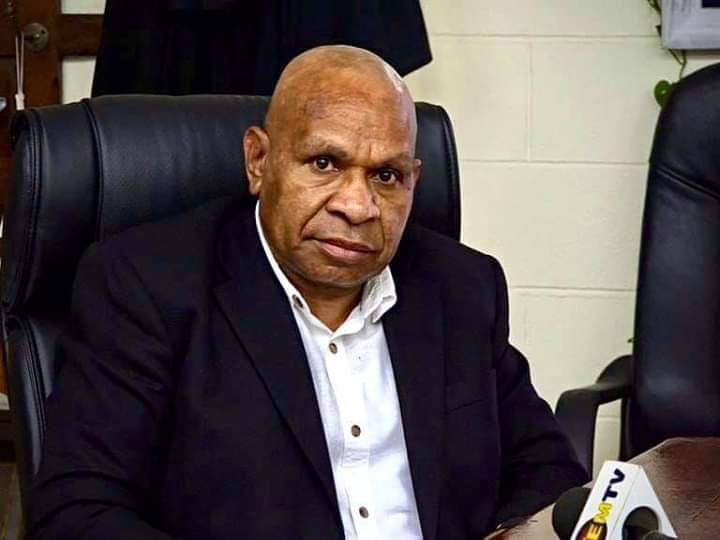 MARAPE URGED TO STOP BEGGING
By STAFF REPORTERS May 27, 2021