Forty bags of fresh produce from East New Britain province arrived on Saturday morning (May 15) at Gordons market. They sold them in bulks to the market retailers and customers in the city.

This was made possible through the partnership between the East New Britain Market Authority and NCDC Markets Division.

Fresh produces vitamins, minerals, fiber and other nutrients that are important for healthy diet. It helps to reduce the risks of cancer and other diseases. It is part of the Commission’s vision for a healthy city, said Mr Pengi.

Overwhelmingly, Nano Keake  said it was exciting to see all 40 bags of their fresh produce sold out in less than an hour. Keake works as Business Development Manager for East New Britian.

“All forty bags sold out like this tells me that there is high demand of fresh produce here in the city,” said Keake.

Further, he said that is an achievement for the ENB Market Authority through this partnership with NCDC Markets Division.

ENB Market Authority is an initiative of ENB Provincial government. Its main vision is to create a conducive environment and link into markets around the country.

Furthermore, Keake said with this formal arrangement and with the fact that the demand of fresh produce in the city is high, they will continue to supply more fresh produce for their province into the city.

Our supplies will be consistent and will be bigger and better as we go along. We will make it easier where there will be control measures in place. Thus, we help our local farmers sell their produce.”

“As market officers, we have the responsibility to help our people find their market. That is not only in our town but in other province like here in NCD and even overseas,” said Keake.

Additionally, Keake calls on the Government to chip in to assist with the transportation part of things from the garden to the markets.

“The fees for transportation are high that most of the farmers can’t afford. That’s one of the factors that stops them from reaching out the big markets,” said Keake.

Meanwhile, he thanked the NCDC Markets for the partnership, saying they are looking forward to working closely with the NCDC Markets officers. That is, he said, to bring more fresh produce from ENB into the city for retailers and the city residents. 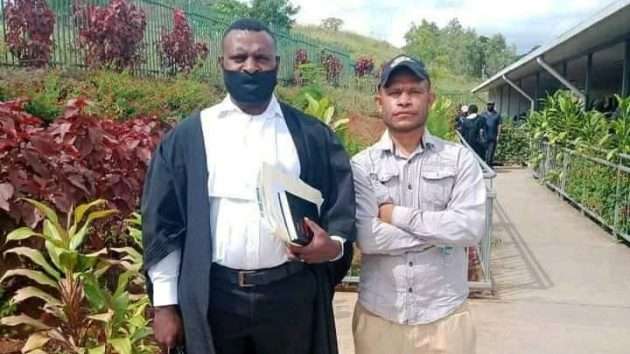