PNG Electoral Commission is planning to transport Kandep ballot boxes out of Wabag Police Station this week to Kundiawa for the judicial recount next week.

In that, Polye vented his frustration over the delay by PNGEC in complying with the Supreme Court order which is effective. Read more: https://www.thenational.com.pg/prolonged-process-annoys-polye/

He said of this funding, they already allocated K2 million to police for security and safety operations.

Polye has raised concerns on unnecessary delays by the acting Commissioner in executing the Supreme Court Order. The three-men bench ordered for the Kandep judicial recount.

He accused Mr Sinai for failing to comply with the order immediately when the funding is available.

The pending decision on a leave application by incumbent Alfred Manase should not stop the PNGEC from recounting, he said.

Thus, Polye called on him to transport the ballot boxes immediately this week.

The Kandep Election Petition case has dragged on in Courts for close to 4 years.

There are 23 more days before the extended Court Order lapses on February 26, 2021.

PNGEC has already appointed the returning officer and other officials, and selected the venue.

Additionally, Polye said he was considering contempt of Court proceeding against the Commissioner.

Further, he warned that such negligence has potential to ignite unrest.

“PNGeans has had enough of loss of lives and destruction of properties. Electoral fraud sparked off these events in 2017 General Elections,” he said.

PNGEC will present the outcome of the much-anticipated judicial recount to the court for its deliberations.

PM MARAPE TELLS NAMAH: THOSE INVOLVED IN UBS DEAL TO BE PUNISHED
By STAFF REPORTERS August 2, 2021

CULPRITS IN UBS LOAN WILL BE PROSECUTED: PM ASSURED PNG

PM MARAPE TELLS NAMAH: THOSE INVOLVED IN UBS DEAL TO BE PUNISHED 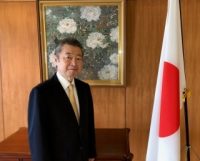