Hela leaders today reiterated their strong commitment to restoring peace, safety and security in the province.

A high-level delegation led by local MP and Prime Minister James Marape, and Governor Philip Undialu were in town to witness the ongoing gun surrender program.

PRIME Minister Hon.James Marape has today applauded warring men of his province of Hela for leading the way in laying down guns. https://www.unicef.org/png/press-releases/un-strongly-condemns-massacre-porgera-and-calls-accountability

At the same time, the Prime Minister has announced the approval by the Government of a new army battalion and 500 police personnel who will be stationed long-term in Hela to see the peace process through in the province.

At a ceremony in Tari town today that included a big crowd of people and witnessed by the Prime Minister himself, state ministers, beauracrats, and community leaders, four factions of warlords surrendered high-powered firearms – all of them modern and factory-made.

This is a culmination of 10-months of peace negotiations steered by Hela Governor Phillip Undialu and members of the law & order committee to restore peace in this tribal fights afflicted province.

Prime Minister Marape commended, firstly, Governor Undialu for “personally mobilising” the warlords, and thanked the warlords for cooperating with community leaders in the “grassroots approach” that has yielded this positive outcome.

He urged for an “all guns surrender” by the appointed time, and for province to be gun-free at the end of this process – a call strongly echoed by the cheering crowd and other leaders who spoke at the gathering.

Tribal warlords from Tagali local level government area – O’Kiru, Libe, Ayago Upstream (Haguai Pole), Ayago Downstream (Maya Bibe) and Igo Agau – handed over the illegal weapons that have been used in tribal fights against each other in the province.

Hela, going as far back as when it was still a part of Southern Highlands, has had numerous internal conflicts between tribes resulting in unceasing lawlessness.

PM Marape said part of the reason was because of the lack of police presence in the province (as with many highlands provinces) with only about 60 policemen policing the whole province.

This, he said, would change beginning with the firearms surrender not only because of the upscaling in the presence of security personnel but also because of the new focus on business.

“Our district in partnership with Hela provincial government and National Development Bank has invested in a new K8m NDB branch for Tari districts and Hela, which will be opened in September this year to coincide with more gun surrender,” PM Marape told his people in their local vernacular.

“We are getting the 10% of Hela who have held 90% of Hela people to ransom with their lawless activities to come out and join the rest of Hela with SME activities.

“Tari district has deposited K300,000 and later this year, we will put K3m for small SME lending from the bank house we are building in Tari.”

“Hela people are not lazy people; they work hard. So SME will flourish in Hela when peace is there and with LNG revenues through landowners and the provincial government, will be in access of K300m a year. These money must be trapped in businesses in the province,” said PM Marape. 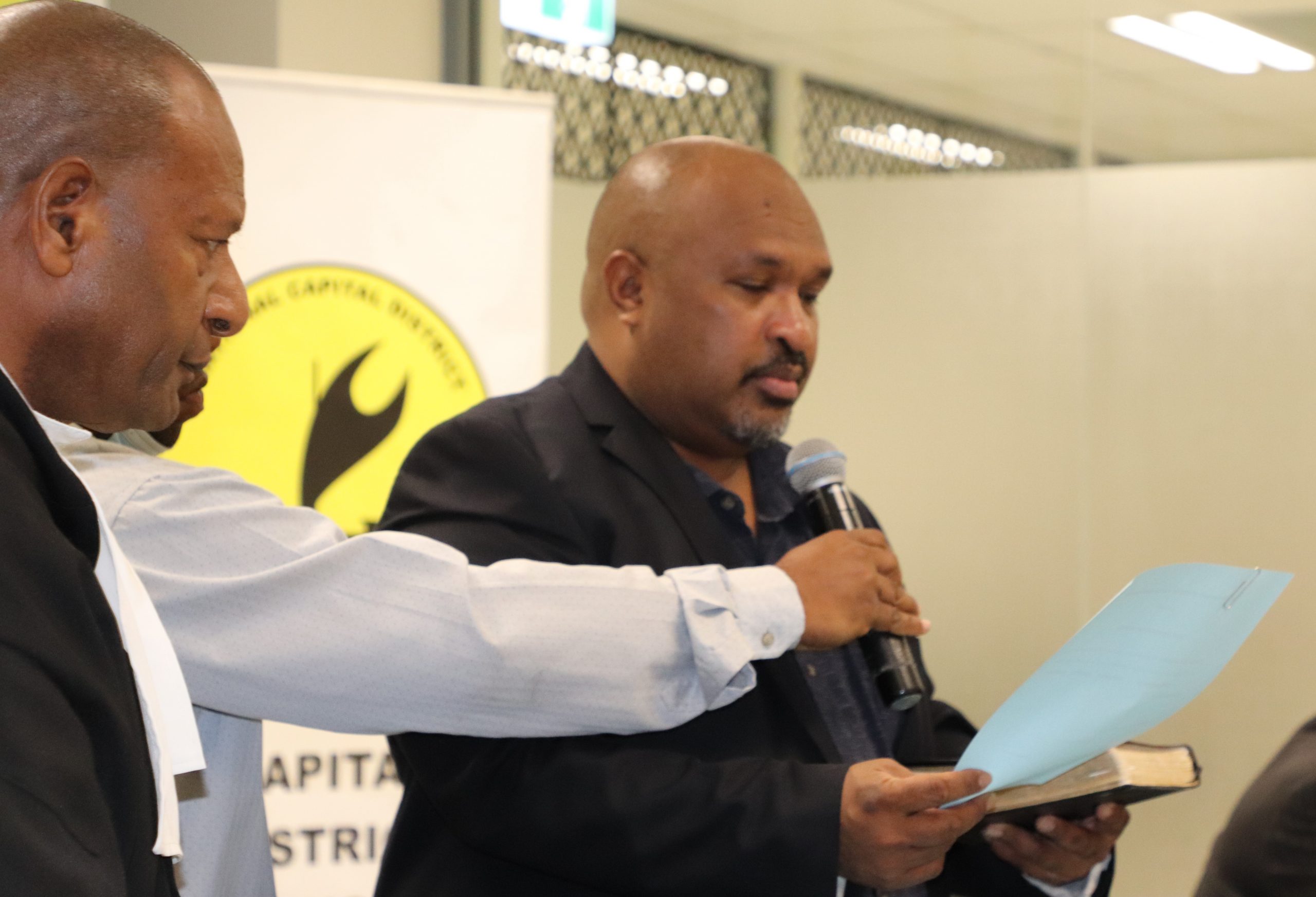