WHAT GOES AROUND COMES AROUND

WHAT GOES AROUND COMES AROUND

Prime Minister James Marape’s request on August 29, 2019 for the second biggest coalition party in his government to vacant the government ranks, was not received well. The second biggest coalition in Government is People’s Congress Party. His predecessor Ialibu-Pangia MP Peter O’Neill is leading the party.  https://covid19.info.gov.pg/pm-marape-commends-gg-sir-bob-for-taking-vaccine/

The members of the party announced reportedly then that they would not leave the Government. They  justified they played a major role and elected the Prime Minister on the floor of Parliament when their party leader resigned.

There are four ministers (who are PNC Party) serving the government. They are Higher Education Minister Nick Kuman , Works Minister Michael Nali, Immigration Minister Westly Nukundj and Public Service Minister Soroi Eoe. Kuman publicly announced his defection but has not joined any other party yet.

The former Prime Minister has been lashing out at the Government’s decisions.

One of them is the appointment of an Opposition MP and Kavieng MP Ian Lingstuckey as the country’s Treasurer. He replaced Bulolo MP Sam Basil who was moved again to the Ministry of National Planning and Implementation.

The other is the appointment of members of the Commission of Inquiry into the controversial K3 Billion UBS loan which his government secured without following proper legal and governance processes and procedures.  The Ombudsman Commission Report tabled during the last year’s Parliament session found and verified these.

Third, it was claimed that O’Neill was pushing behind the scene to seek the higher court’s interpretation to invalidate Marape’s Election as PM in May this year.

Obviously, PM Marape may not be happy with O’Neill’s conduct which has caused friction between them. Leader of Government Business Renbo Paita even made public statements calling on him to leave the government ranks.

Despite the calls, O’Neill and his party members, excluding the ministers, are in the middle bench of Parliament.

When PNC Party was in Government, the party was known for sacking and decimating political parties which it saw threatening to their demise.

One such party was former Kandep MP Don Pomb Polye’s THE Party which was the second biggest coalition party in the government since 2011.

We hope PM Marape’s conduct towards O’Neill and his party is not a repetition of this ‘dirty politics.’

When Polye, as a Treasurer then, declined to sign the instrument of the UBS loan in 2014, he paid a huge price at the expense of the country’s interest.

Finally, he lost his seat through electoral fraud. He was wise enough and projected it very well that the loan was going to be eating into the country’s cash flow as experienced.

THE Party lost ten of his MPs out of 15 who decided to stay back in government. The defectors joined PNC Party and others to retain their ministries.

Polye did not wait to be sacked like in the case of O’Neill and his PNC Party.

HISTORY REPEATS: WHAT GOES AROUND COMES AROUND

He even presented his alternative government policy when first taking the left-hand side of house. This is what happens in other democracies to keep the executive government in check and balance.

If the verbal tug of war between O’NEILL and PM Marape is any indication, O’Neill will be given his own taste of the medicine. Polye tasted it when O’Neill gave him the same treatment.

Minister for Labour and Industry Geoffrey Kama is leading THE Party. https://pngsun.com/2020/04/03/united-labour-party-fields-late-mps-son-for-menyamya-by-election/ 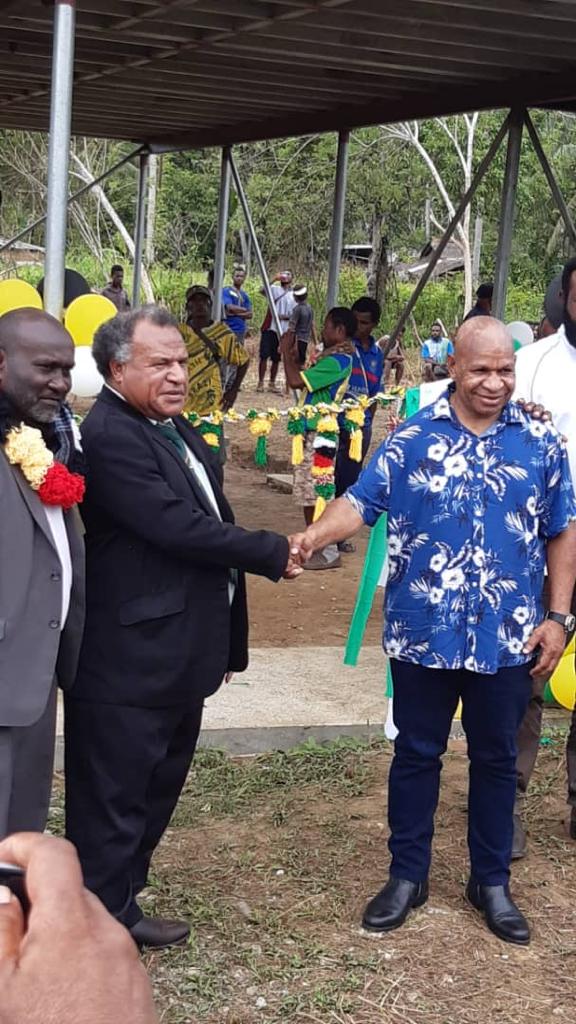