The Sir Hubert Murray Stadium is older than the country. It holds rich history of the city and the entire PNG. The colonial Australian administrators lowered their flag whilst they hoisted the gold, black and red flag. It  signified the birth of PNG. The colonial government in 1969 built it for the South Pacific Games on a reclaimed land at Konedobu. The reclaimed land was a home to shoreline mangroves and fishing ground for the indigenous people. The rest is history now. Port Moresby has been fast developing into a modern city from a colonial enclave. It is no longer a girt with mountains and is beautiful with its lake-like harbor in words of Captain John Moresby’s first discovery. The stadium, when completed mid this year, will improve the landscape of Harbor City with new character and vitality.

Late Sir Michael Curtain has left countless legacies in the engineering and construction industry. The Poreporena Highway and the reclaimed waterfront area are his visible legacies. The highway connects waterfront and entire former colonial enclave in Konedobu and Downtown area to the Jacksons Airport and entire City. Sir Mick envisaged a mini harbor city within the capital city out from the reclaimed land. The method used for this land reclamation is filling the area with rocks, sand and other materials from the construction of the highway. His vision has been materialized.

Project manager Francis Kaupa took me around the modern state-of-the-art stadium on April 13, 2021.  Let me tell you that it is a wow! This is the biggest in the country. The mural paintings on the brick fence signifies the social and cultural rebirth of our history. It also captures our future and the values that the city stands for. The redeveloped stadium features a three-storey grand stand with sportsmen bar and lounge overlooking the waterfront, kiosks, restaurants, 20 corporate boxes, media room, fitting rooms, toilet facilities, kitchens, two lifts, foyer and administration, mini clinics, two gymnasiums, store rooms and plant room amongst others. The grand stand has a sitting capacity of 3,000 to 4, 000 but its total capacity is 25,000. Other features include 100 carparks, public gymnasium, canteens, four towers of flood lights and the other three stands. It was built to fit international FIFA standards.

I also learnt that it was challenging but our designers captured heritage planning in this historic infrastructure redevelopment. Designers retained old structures of the stadium. They intervened with Sustainable planning and design during the design stage to preserve, conserve, rehabilitate and restore the historic urban landscape.

The stadium was named in honor of  the former lieutenant governor Sir Hubert Murray.

WHY IS IT SIGNIFICANT TO THE CITY AND ENTIRE COUNTRY’S HISTORY?

Like Justin Olam in Australia’s National Rugby League, boxing champion Benny Martin united the country (Papua and New Guinea) through his fights with the Australians. Papuans and New Guineans congregated at the stadium to cheer for him when he took on his opponents. The country used to come to a standstill. The stadium provided the platform for national unity.

The stadium hosted many other historic events. The redevelopment is worth it.

In preparation for the 2015 Pacific Games,  the former Government forged a public-private partnership with the Curtain Bros Limited to make the redevelopment possible. They offered K25 million to Motu Koitabu Assembly to vacate the stadium. They used it for office space. However, financial constrains have delayed the completion of the stadium for its intention. NCDC Board made a tough decision to resume the construction. NCDC sacrificed a portion of the sea park land. They traded the land for K35 million to finance the completion of the stadium. The Bank of South Pacific loaned an additional K5 million.

THE FUTURE OF THE STADIUM

NCDC will offer the redeveloped Sir Hubert Murray stadium for rugby league and other competitive sports, and flagships events. The venue conforms to international standards with lighting suitable for television broadcasting of night events.

“It will raise revenue but NCDC will heavily subsidize it to enable communities and stakeholders in the city to use it as much as possible.

“Our goal is to generate enough revenue to sustain the stadium. We will be looking at other revenue sources apart from fees for the use of the facility.

“It will be the home ground for the Vipers and Lagatois, and the Port Moresby United Football Club.

“We are also liaising with the world governing body of rugby union to host regional and international rugby sevens and nines tournaments at the stadium on a regular basis,” the National Newspaper quoted Governor Parkop.

Located strategically at a geographic crossroad in the Asia-Pacific Region, the city and the entire country has to amplify its efforts to tap into business opportunities presented by sporting events.

The redevelopment of this glamorous Sir Hubert Murray stadium is part of this journey. When we fully have our way in, it will boost and complement well with the establishments of five-star hotels and others in the tourism and hospitality industry in the city. They will benefit more.

With collaboration from other stakeholders, NCD Governor-with a million different ideas-is hard at work. That is to make our city become the regional hub with many amazing means. The redeveloped stadium is just one in the million means. https://pngsun.com/tag/powes-parkop/ 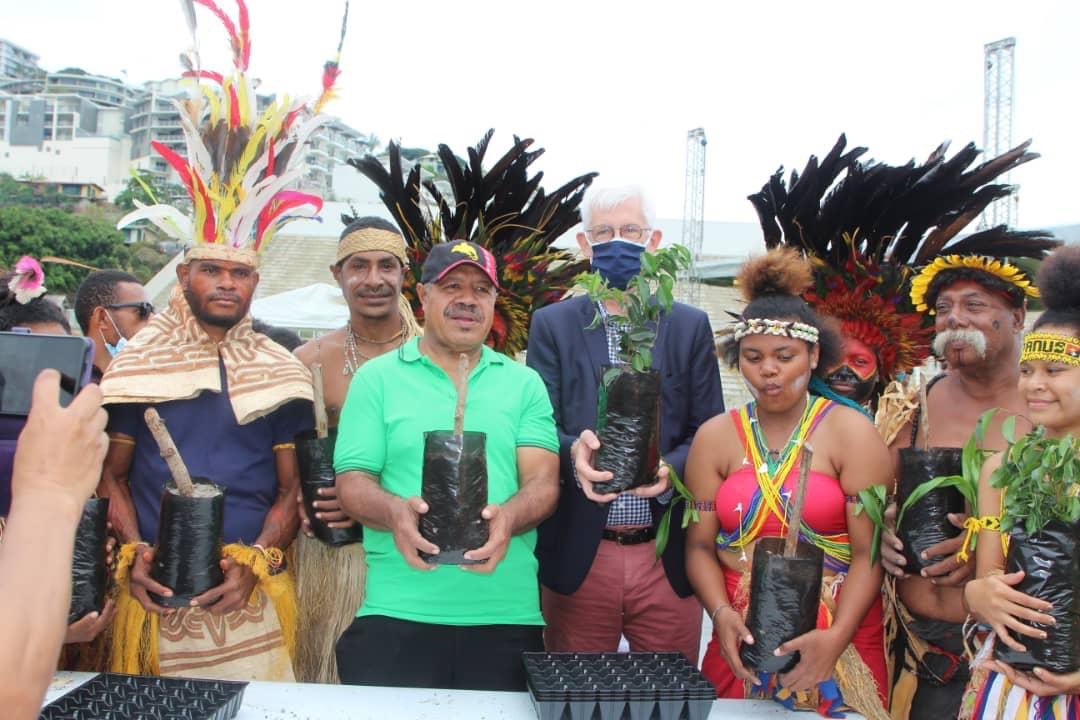