His recovery comes after his doctors diagnosed with acute food poisioning since Thursday 8th April.

Dr John Tonar, in a statement, confirmed that Sir J had gone into respite at his Huris home in Namatanai District.

“The Honorable Governor had received both intravenous and oral medications over the course of his illness. He has recovered well,” said Dr Tonar.

Additionally, he thanked everyone for their swift response to attending to one of the country’s last remaining founding fathers.

“While I was sick and weak, I realized I am a lucky man. So fortunate to have you all showing concern and caring for me. Fortunate to have all these Doctors attend to me with whatever treatment that they could offer. But, it also made me think of all the less fortunate around the country. Who would be taking care of them while they were freezing in the cold?” said Sir J.

IT IS BUSINESS AS USUAL

Sir J indeed was back to his old self full of energy and life again as he spoke to his people.

In addition to that, he also took the opportunity to update every one of the major changes to the New Ireland Government policies.

That is due to the diverting of Lihir Royalty payments straight to the Kavieng and Namatanai District Development Authority accounts.

In a statement, Sir J claimed that was after the two Open MPs used their Ministerial powers to badly advise the Prime Minister. Their advice was to deviate from the  spirit of the Lihir Memorandum of Agreement, he said. https://www.thenational.com.pg/sir-j-upset-mps-storming-assembly/

Despite this, Sir J is not wasting any time. On Sunday 18th April, he made his way back to Kavieng in preparation for Monday’s Provincial Executive Council meeting.

It was business as usual as he met with the Provincial Administrator Lamiller Pawut and Finance CEO Richard Andia to get a status report on the 2021 Provincial Budget.

MATALAI GETS COUNCIL CHAMBER
By STAFF REPORTERS May 27, 2021 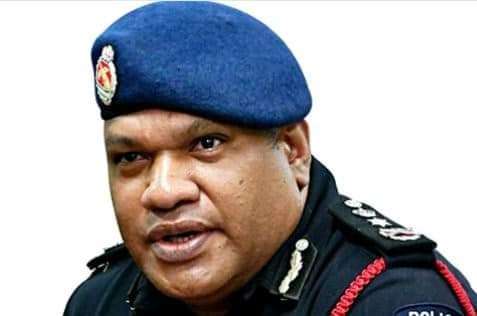